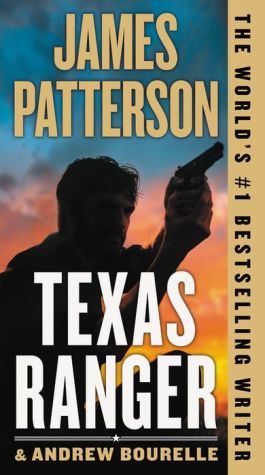 Texas Ranger by James Patterson In his bid for justice, a courageous law-man aims dead center when he is called home to settle deadly scores. Across the ranchlands and cities of his home state, Rory Yates's discipline and law-enforcement skills have carried him far-from local highway patrolman to the honorable rank of Texas Ranger. A tough case in Waco has jeopardized Yates's chances at promotion, and he decides to take time off to recharge with his family in their small-town hometown, Redbud. He arrives and finds a horrifying crime scene-and a scathing accusation: He is named a suspect in the murder of his ex-wife, Anne, a devoted teacher whose only controversial act ever was deciding to end her marriage to a Ranger. At Anne's funeral, Yates moves the congregation to tears with a beloved hymn. Anne's new husband, Calvin Richards, is there, and Yates has questions that no one else seems to be asking. The investigation is out of his jurisdiction-plus he is a chief suspect-but Rory's drive to learn what happened isn't about self-preservation. For himself, for Anne, his hunt for justice transcends all boundaries. When the killer strikes again, Rory's urgent search bursts across state borders onto the national scene. He risks his badge, his pride, his reputation among everyone he loves, and even the trust of the woman he's recently begun seeing, to pursue the only thing that matters. Yates follows the Ranger creed-never to surrender-into the inferno of the most twisted and violent minds he's ever encountered. That code just might bring him out alive.